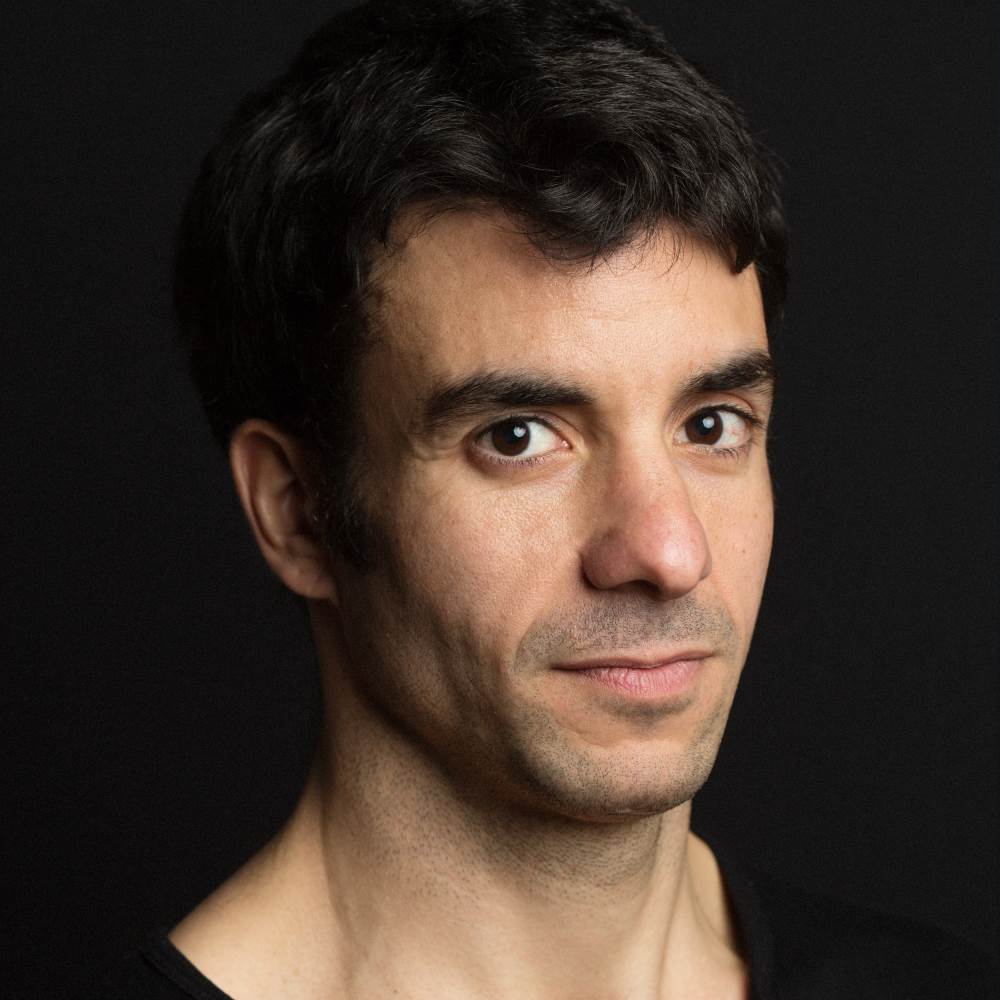 Born in 1980, Jordi studies Contemporary Dance at Institut del Teatre de Barcelone. As a dancer
he works with Emilio Gutiérrez (1997-1999), Wim Vandekeybus (1999-2001), Anne Teresa De Keersmaeker (2001-2003), Lies Pawels (2004-2005) and Maguy Marin (2005-2010). Between 2011 and 2014 he becomes Associate Artist of RamDam Arts Center (Sainte-Foy-lès-Lyon, France). In 1998, he is awarded Best Dancer by the Certamen Coreográfico of Madrid, and in 2005 Best Actor by Kontact International Theater Festival of Torun (Poland) for his part in the show White Star directed by Lies Pauwels.
Since 2001, Jordi Galí has been developing his own work. In 2007 he founds Arrangement Provisoire company and becomes its Artistic Director. The dialogue between gesture and matter is at the core of his works: T, Ciel, 22 Cailloux, Abscisse, Stance, Maibaum. He has received the support of La Briqueterie / CDCN du Val-de-Marne since 2017. In 2016, he became the associate artist of Le Pacifique – CDCN de Grenoble, together with Vania Vaneau.