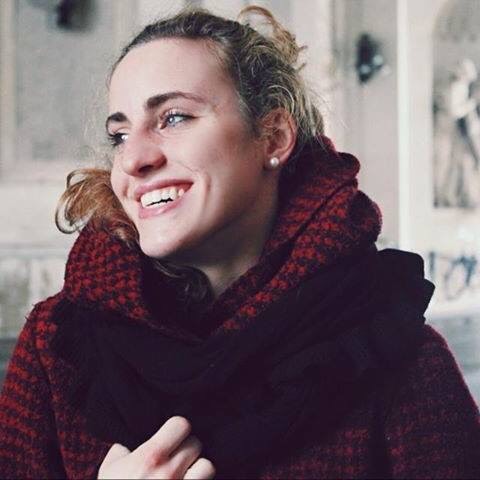 Vittoria Caneva is an Italian dancer who graduated in a Contemporary Dance Course from the Ballet of Rome. She began her career at the Ballet of Rome in 2015, the year in which she took part in the project “Prove d’Autore XL”, working with Francesca Pennini. In 2016 and 2017 she participates to the b.Motion Festival and the Gender Bender Festival. In 2017 she was selected by the Veneto region for the project “Botteghe D’Arte”, thanks to which she had the opportunity to participate in the project “Dance Makers 2 – Choreographic Reasearch Week”, an intensive research program focused on dance dramaturgy. She also participated to the Volcano project coordinated by the Arboretum – Dimora di Mondaino Theater, and at an intensive month at the NOD Nuova Officina della Danza in Turin, in collaboration with Fondazione Piemonte. In 2017 she presented, together with Yuri Locci, their first co-production work “Ypsilon”. She worked with choreographer Pietro Marullo for the WRECK-List of extinct species performance. In 2018 she partecipated to Performing Gender project that took place in Bologna, with choreographer Jija Sohn. She recently worked with choreographer Masako Matsushita and different dance artists such as Beatrice Bresolin and Andrea Rampazzo.