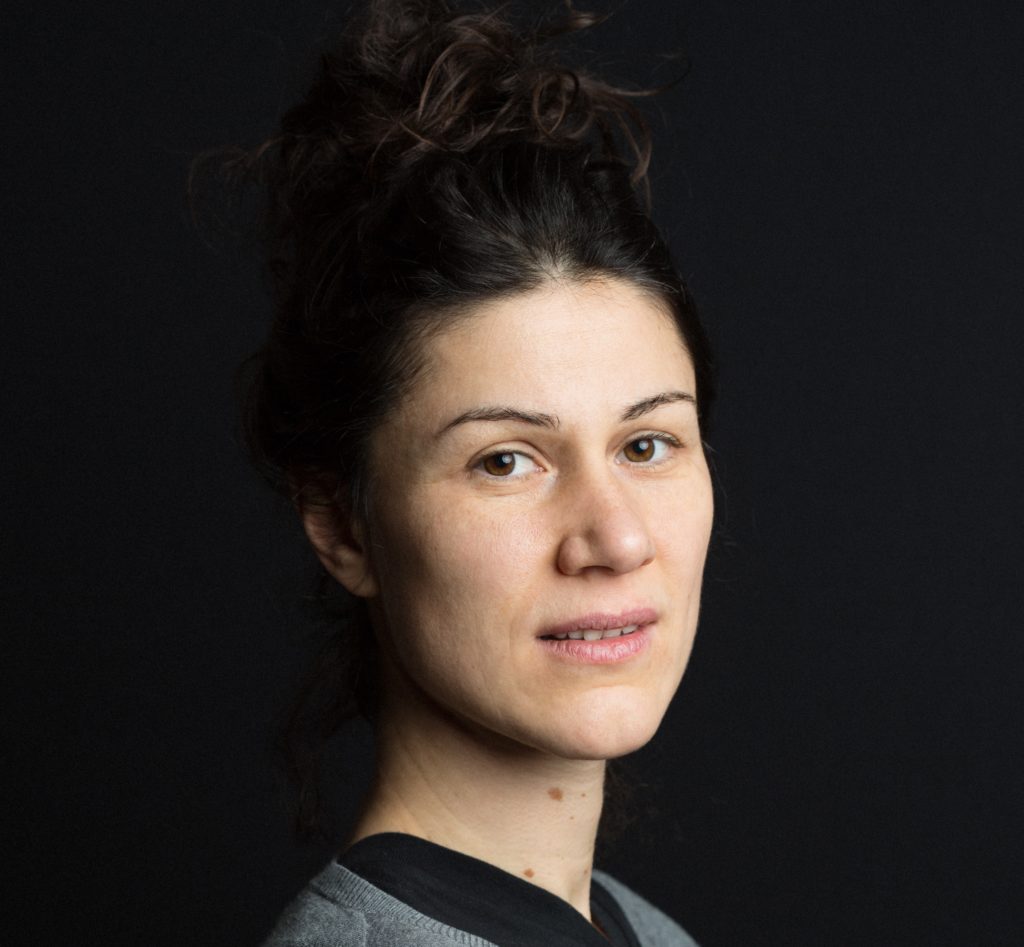 After her musical studies at the Conservatory “A. Steffani, Castelfranco V.to, she graduated in Technical Arts and Media at Ca’ Foscari University, Venice. She began her training in theatre and dance in 1997 working immediately with national and international masters and knowing important realities of the theater. From 2001 to 2013 she has been collaborating as dancer, performer and choreographer with Anagoor Contemporary Theater Company winning with the company several prizes (*Jeug-, Anagoor – Extra Finalist Prize 2008; Tempesta, Anagoor – Scenario Special Mention Prize 2009, Off / Teatro Stabile del Veneto Finalist Prize 2010; L.I.Lingua Imperii, Anagoor – Hystrio Castel dei Mondi Prize 2013, Worldwide Competition for new Opera and Music Theatre 2015). Since 2013 she’s a dancer and performer for Alessandro Sciarroni in the Folk’s project and in the same year she received the Città Impresa Award for her talent, skills and commitment in the field of performing arts. At the same time she enriches her education by deepening her study and the search for a new way of placing herself within the educational experience and the processes of knowledge of the child and of the adult through the movement of the body as a form of communication and relationship.
Trained as Atelierista of movement at the Loris Malaguzzi International Center and the National Foundry of Dance / Aterballetto of Reggio Emilia, works with educational projects in primary and dance schools. (Creative Europe- European School Brussels 1)
Educationial Performer for the project read for Dancing dedicated to children’s theater, deepens her training taking part in the work tables dedicated to children’s dance during the Y Generation festival – the language of dance. In 2014 she was selected for the project You Do not Know how lucky you are / Alessandro Sciarroni in Mondo Novo / Biennale Danza and for the European project E-motional rethinking dance / Cosmin Manolescu at the center of choreographic creation Banannefabrik, Luxembourg. In 2015 she took part in the project AIR Artist In Residence Project / Project Alessandro Sciarroni and Hong Kong Arts Festival.In 2016 she took part in the Blooming Island project / Johnson kitt project, Asipka Theater Group & Aila Cooperativa, Andros, Cyclades Islands Greece. In the same year she began and completed the training course “Teaching course Dance Well” and the training course Handling with Care between nature, art and care at Arte Sella.
From 2017 she is teacher of the project Dance Well – research and movement for the parkinson.
Also in 2017 she was selected for the highly professionalized Dance Maker, aimed at dance artists, the collective Dance Makers winner of the Open – Creation Contemporary Award 2018. In 2018 she collaborated in creative support for the show “Oro – L’arte di resistere” by Francesca Foscarini commissioned by CSC – Center for the contemporary scene for the dancers of the Dance Well project.
Currently she’s involved in the European project Migrant Bodies – moving borders, a project that aims to develop an international and shared research, focused on the identification, development and experimentation of innovative actions and relevant to the inclusion of refugees and migrants through dance and movement initiatives.
She works between Italy and Europe.